Beyond promotions or salaries, professional success is also measured by how we value ourselves. We reflect on what subjective success is and tell you about some interesting field studies with revealing results that have been carried out on this subject.

Do we all understand professional success in the same way?

The word success comes from the Latin exitus, exit. The English word Exit, which we see on motorways, emergency exits, has this meaning. According to the RAE, success is the happy result of a negotiation, action.

Professional success has been the subject of research for a very long time. And it still is. Especially objective success, that which is evaluated by others and which basically takes three forms: number of promotions, position, and salary.

This way of growing professionally also allows for easy comparison between people, allowing them to be classified into different levels of success.

However, the sociologist Everett Hughes already warned in an article published in 1937 that there are two types of success in careers, objective and subjective success, the latter being the more important.

“Subjective success in career paths revolves around people’s own perceptions, feelings, and judgements about their careers”.

Subjective success is in no way, as one might think, a substitute or a consolation prize. It’s the intimate (perhaps never shared) evaluation of professional and personal success.

It could be the case that people with a low level of objective success, always evaluated by others, perceive a high level of subjective success in their trajectory, as they know better than anyone else, their efforts and achievements, their fears, and their frustrations and dreams come true.

Conversely, a person with high objective success, in the form of salary, promotion and number of positions, might also perceive low subjective success in his or her career, explained by various reasons such as being aware of the facilities he or she has had, or experiencing many unrealised aspirations. Be that as it may, interest in subjective success, both among researchers and among individuals and their organisations, seems to be growing all the time. 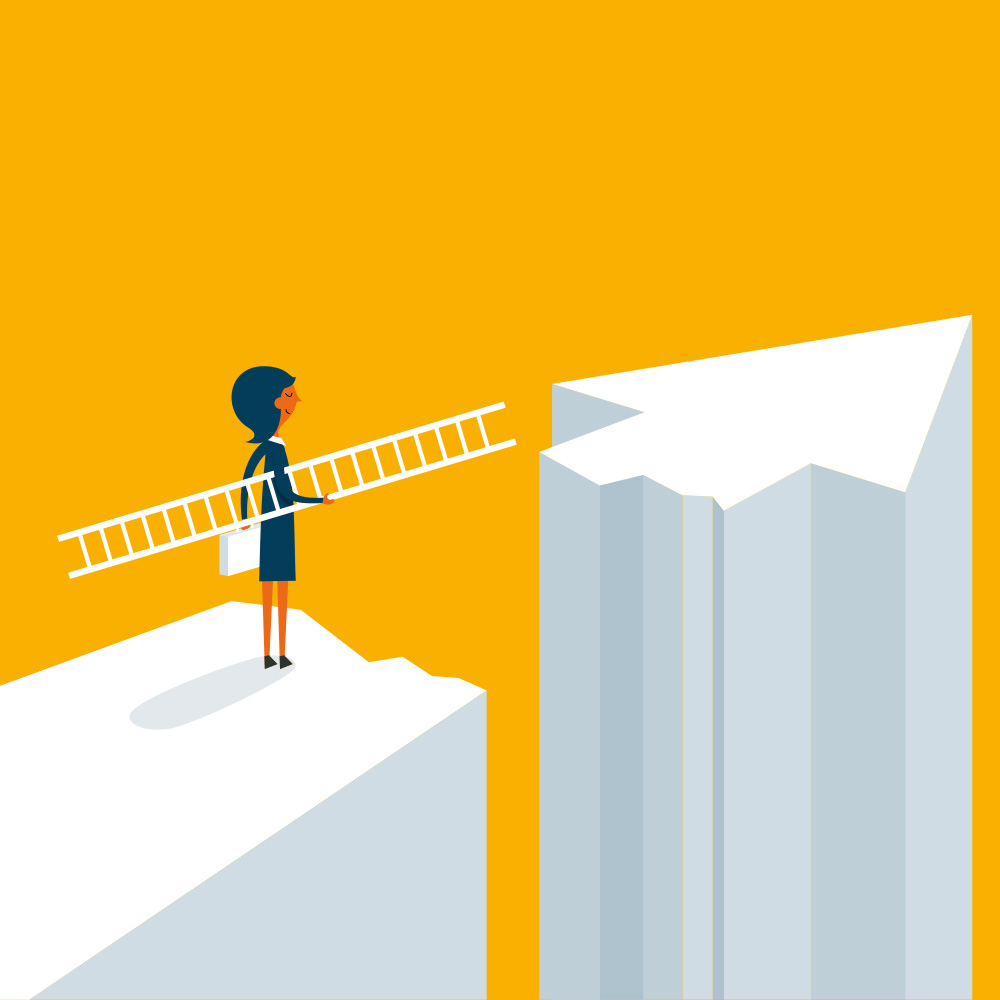 How do we assess subjective success?

However, a satisfaction scale is limited, and has certain shortcomings that prevent it from capturing the totality of subjective success. A subjective success scale that has been widely used is that of Kirsten Shockley, who developed a questionnaire with 24 items grouped into 8 keys to career success:

This development of different scales has been necessary and useful, since it allows us to understand, empirically, the relevance of subjective success in our lives. We’ll review two studies along these lines.

The importance of subjective success for the organisation

First, we present a study by Dyke and Duxbury who set out to understand which of the two types of success best explained three key organisational attitudes such as job satisfaction, commitment and loyalty. To do this, they used a sample of 1509 people in Canada.

To measure objective success, they used three classic variables; hierarchical level, number of promotions, and salary; while for subjective success they used 15 factors such as job enjoyment, sense of achievement, skill development, being surrounded by stimulating people, or ability to influence management among others. Their results revealed that subjective success best explained all three attitudes.

“People with high subjective success had a higher level of satisfaction, commitment and loyalty to the organisation”.

Another interesting study set out to understand what obstacles may limit a person’s subjective success. In short, are there factors that hinder people’s positive perceptions and feelings towards their career paths?

To this end, the authors developed six sets of assumptions that influence career success.

* The person’s starting conditions. According to some indications, profiles that historically haven’t been able to access or have suffered discrimination in the labour market could be associated with low subjective success. That’s why the authors suggest that factors such as having a low socio-economic background, being a woman, being non-Caucasian, being married, having a full-time working partner, having children, and having a large family are associated with low subjective success.

* Personality. According to the authors, some personality traits receive less support from the organisation, and are therefore given fewer opportunities for advancement, contributing to low subjective success. In this sense, they suggest that factors such as low emotional stability, low openness to experience, low agreeableness or proactivity are associated with low subjective success.

* Internal motivation of the person. According to the article, dissatisfied, disengaged people are less likely to make an extra effort to do their job well, affecting their subjective success.

Therefore, the authors propose that factors such as low dissatisfaction, low commitment, low motivation, and low involvement are associated with low subjective success. You can read more about it

* Empirical evidence tends to show that a higher reputation (prestigious university, or higher education) is an asset that helps to acquire more resources in the future. In this line, they suggest that elements such as a low educational level, a weak university reputation, a lack of international experience and few job changes are associated with low subjective career success.

* Social capital and the quality of relationships. The quality of the relationship with other people is always crucial, even more so with supervisors, as they’re the ones who control and distribute the allocation of resources and positions. In this block it is assumed that elements such as low supervisor support, not having a mentor, having a small network and low reputation in the organisation are associated with low subjective success.

* Structure and other organisational features. The organisation itself and its structure are basic. In this line, factors such as high job insecurity, unfairness in processes and promotions, lack of opportunity for promotion or low utilisation of employees’ skills are perceived to be associated with low subjective success.

The results of Ng and Feldman’s study are really interesting. They confirm that one’s own personality, low emotional stability and internal motivation, a lack of strong social capital, and a weak organisational structure can partly explain a person’s subjective success. Background or starting conditions as well as reputation don’t seem to have a strong relationship to this type of success.

Because the subjective success of career paths is key for individuals themselves, has a positive impact on people’s attitudes towards organisations and has important organisational implications, as we’ve observed, it would be interesting to:

* Measure the subjective success of employees, as far as possible, using scales that are continually being developed.

* Monitor this subjective success over time and understand its evolution.

* Understand, and “discover” what employees want from their career paths. We can often have a distorted picture of what each employee wants to achieve in their career. In this sense, it would be necessary to conduct qualitative studies that can go beyond what we intuit.

Developing personal careers is a major focus of people management in organisations. Up to now, a lot of emphasis has been placed on the objective success of some employees. However, it is necessary to focus on the subjective career success of all employees.

YOU MAY BE INTERESETED IN