Strategies and proposals for promoting gender equality in the workplace

Strategies and proposals for promoting gender equality in the workplace

Companies have the power to break the glass ceiling in the professional sphere and to fight against the barriers that women still face in society in general.

The COVID-19 pandemic has raised new barriers to inclusive and prosperous societies. Pre-existing inequalities have widened during the months of this crisis, intensifying asymmetries between men and women both at home and in the office. As The World Economic Forum’s GlobalGenderGapReport2021 highlights, it would still take 135.6 years to close the gender gap worldwide.

However, leaders face an unprecedented opportunity to make economies more resilient and equitable. Gender equality in the workplace means implementing strategies and proposals that increase women’s participation in the workforce, close the gender pay gap, and help more women advance into leadership positions.

¿ What am I going to read about in this article?

The importance of having companies that fight for equality

Women make up almost half of the world’s working-age population, but only about 50% of that half participate in the labour force. For men, the figure rises to 80%.

Not only is female participation lower, but they’re also the ones who occupy most of the jobs in the informal sector, that is, the economic sector that is invisible to governments or not covered by formal agreements, especially in developing economies. Consequently, they earn lower wages. However, the pay gap also exists in the formal sector, where women doing the same job and with the same level of education earn less than their male counterparts. According to data from the European Statistical Office (Eurostat), the pay gap in Europe between men and women is 14.1%. 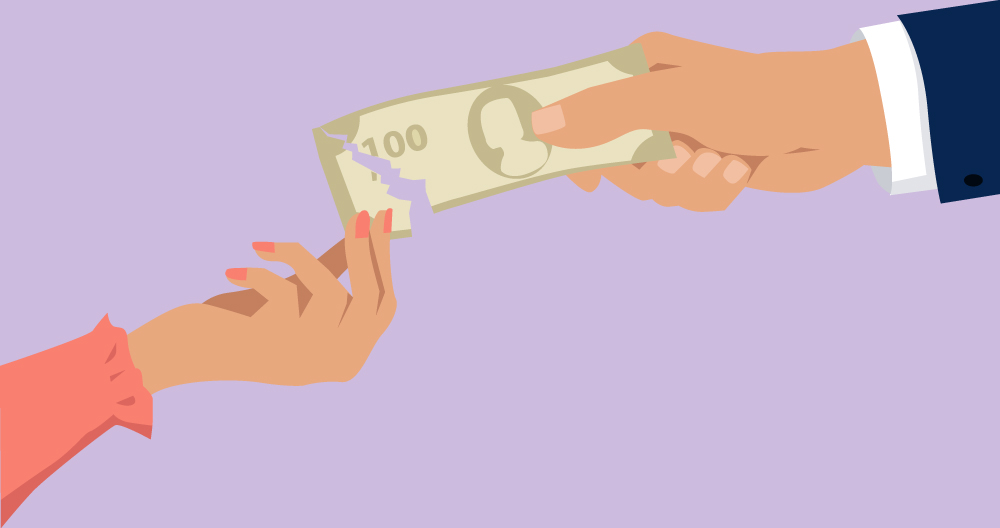 Not to mention that most strategies and proposals to implement gender equality at work by facilitating the reconciliation of work and family life are still ineffective. Women with children under 15 are 7.5 times more likely to work on part-time contracts than men with children in the same age range, twice as likely to be unemployed, and 20% more likely to have a temporary contract. In this article we talk in depth about more inequalities.

In this sense, the role of business is crucial. By implementing efficient measures, they can make society fairer and more egalitarian. A transformation that, in addition, has many advantages for the private sector

Gender inequality is not only an urgent moral and social problem, but also a critical economic challenge. Women’s failure to reach their full professional potential hurts the business world, as the talent of half the population is lost.

These are some of the benefits that, according to different researches, are obtained when betting on strategies and proposals to achieve gender equality at work:

* International profitability: according to data from the McKinsey Global Institute, if women were to play an equal role to men in labour markets, the global economy would grow by $28 trillion. In other words, global GDP would grow by 26% by 2025.

* Increased productivity: Research by the International Labour Organization shows that a diverse workforce increases profitability by 5-20%. It also allows companies to tap into a broader talent pool with different types of skills, which contributes to overall business performance.

* Improve customer loyalty: A brand’s customers and shareholders are a very different set of people, including both men and women. Seeing themselves represented in a diverse workforce (especially in senior management) by people they identify with increases their loyalty to the company. Moreover, according to the ILO survey, 54.1% of companies say that gender equality initiatives increased their reputation in the eyes of these target audiences.

* Employer branding is growing: the same is true for employee branding. People who work in open, diverse and inclusive environments perform better, are more creative and less inclined to change companies.

Measures to promote gender equity in the workplace

Although the situation still has much room for improvement, significant progress has been made in recent decades to achieve gender equality at work thanks to efficient strategies and proposals.

Governments have encouraged active employment policies that have improved women’s integration into the labour market, promoting higher levels of employability with proposals that help to reconcile personal and professional life. It’s true that this is far from being the case all over the world. In the case of Spain, for example, we find the new maternity and paternity leave, equal and non-transferable, a measure that promotes that not only women have to leave their jobs.

We can also talk about the experiences of countries such as Iceland or the United Kingdom, where their governments oblige companies by law to submit reports proving that they’ve classified jobs according to equal value and that, regardless of gender, each employee receives the salary that corresponds to him or her.

And what can companies do to promote gender equality and aspire to the benefits mentioned in the previous section?

Encouraging the professional development of women to reach high positions in the company is possible. To achieve this, according to the ILO, it starts with a gender-balanced workforce (40-60% of both sexes). There is a direct link between a woman in a management position and the proportion of women in the workforce at all levels.

Women managers are predominantly found in support areas such as human resources, finance and administration. On the other hand, men are in the majority in areas such as operations, research and development, as well as accounting. Areas that are more strategic and can be a stepping stone to a CEO position or other board positions.

This confirms that the so-called “glass walls” lead to gender segregation in managerial functions.

Even today, society in general has ingrained prejudices towards the opposite sex, as well as towards its own sex. Creating a gender-inclusive corporate culture and improving competitiveness involves the elimination of gender bias within a company.

One example is ACCIONA‘s initiative The Sustainable Difference. Its purpose is to measure the evolution of social sustainability indicators in real time in the projects being carried out by the company in order to know and react in time in the event that the indicators do not meet the objectives, for example, in the diversity ratios in the teams or data regarding the wage gap.

Companies with such programs work to ensure that women have equal opportunities for development and growth. They also send an explicit message about the value they place on diversity and foster an organizational culture where inclusion is a fundamental pillar.