Strategies for the good use of e-mail in companies

Strategies for the good use of e-mail in companies

Constant communication via email can bring along symptoms of overwhelm, anxiety and stress, especially when they relate to the professional sphere. How can we make good use of email in companies?

The chasquis, a word of Quechua origin, were young runners in the personal service of the Inca who moved swiftly, and in turns, along the roads of the empire to transmit a message. Each chasqui would run for 10 or 15 kilometres, until the next runner was alerted with a shell trumpet, called pututu. With 25 efficiently organised runners, the message could travel up to 240 km in a single day, and some 2000 km in a week. The message could go from Quito to Cuzco in seven days, which would be equivalent to transmitting a message from Madrid to Warsaw in that time.  Such an innovative and competent system that the Spaniards decided to keep it alive during the viceroyalty of Peru.

The messaging system has always been of interest to mankind—the transported knowledge. We can find many other great examples. Another great breakthrough was postal mail and its national and international systems, which have worked and are working very successfully.  But undoubtedly the latest revolution in communication systems has been e-mail and its many forms of instant messaging. E-mail, invented by Roy Tomlinson in 1971, has two great virtues, the first, immediacy, and the second (and all too often overlooked) the ability to reach different recipients with the same message. It would be as if the chasqui were multiplying by running simultaneously along different roads of the empire. That’ s very convenient, indeed.

E-mail as a source of stress

Today alone, 2.63 billion emails will be sent, according to Statista. However, this magnanimous irruption of email into our lives, in so many jobs, also has a flip side: it generates stress, and often more work (Barley et al., 2011). The ease of sending an email, its greatest virtue, can bring with it negative consequences.

Studies show that many people feel overwhelmed by hundreds of emails (hundreds of letters to be dispatched), which come in not only during working hours but throughout the day (ubiquity), generating a feeling of being overwhelmed. In turn, e-mails can distract us, interrupt our concentration, diminish the quality of our work. A ground-breaking study, monitoring dozens of employees, found that reading an email caused employees to take 25 minutes on average to return to their original task. 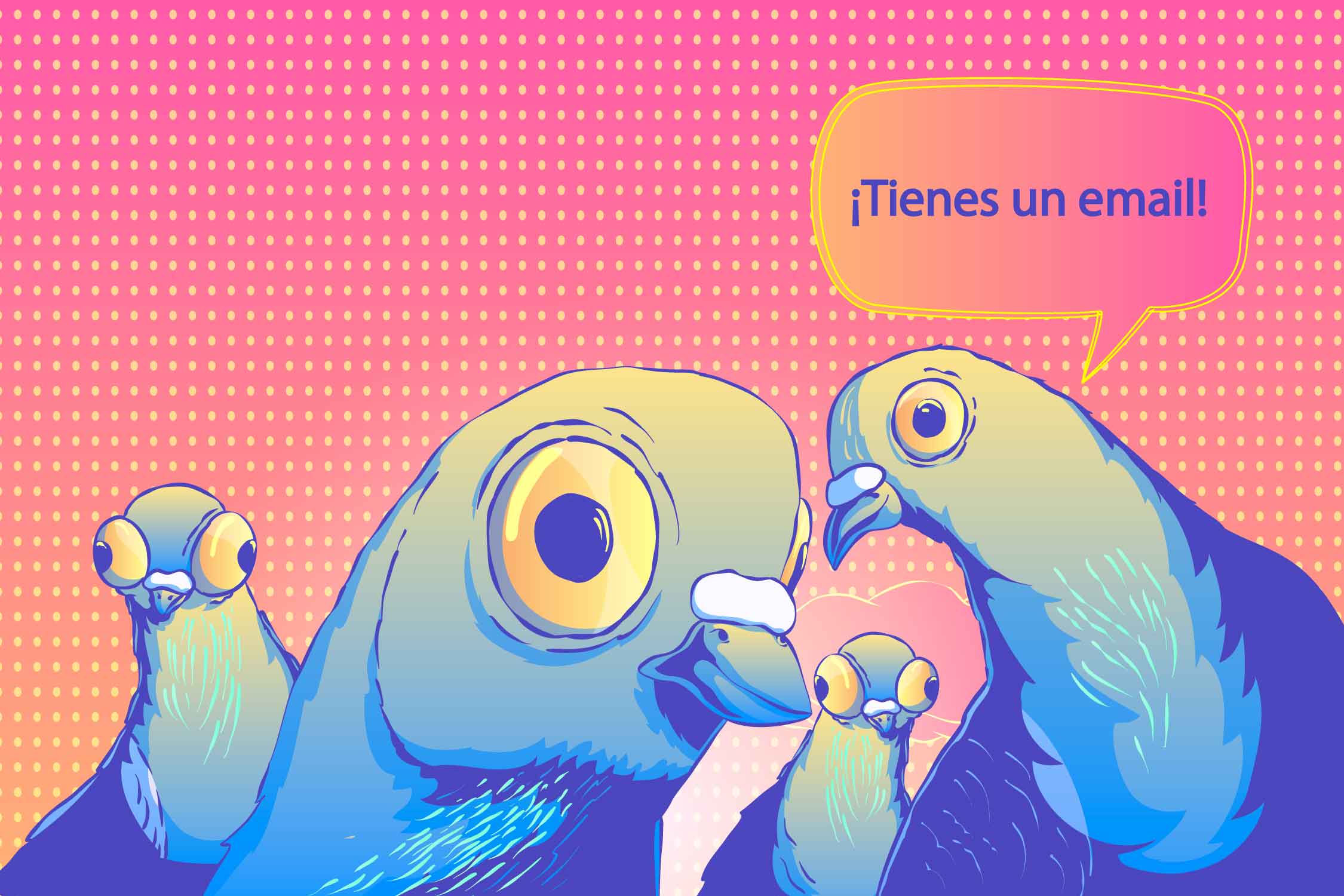 In order to avoid the high levels of stress caused by email and to reduce the impact on the quality of our concentration, a number of initiatives have emerged in recent years.

Tips for proper e-mail use within companies

At corporate level, one of the companies that has been most serious about reflecting on the use of email is ATOS, a global digital transformation company with over 100,000 employees, which is committed to reducing internal emails to zero, with its Zero Email programme. While the reduction has not yet reached to zero, employees receive around 60% fewer emails and can use internal platforms created for the programme that are less intrusive than email and more collaborative.

Initiatives such as those of ATOS invite us to reflect on the future of e-mail.

Here are some recommendations to encourage the proper use of e-mail: