Happily Tired, a reflection on self-sacrifice

Happily Tired, a reflection on self-sacrifice

Are we capable of sacrificing for others, at work, in the family…? Some studies indicate that the word sacrifice is disappearing from our daily lives, and personal sacrifice has gone from being seen as a virtue to seeming like a weakness. Is this really the case?

Professors Bahr and Bahr point out that the absence of the language of sacrifice limits our ability to give voice to our own experience, and thus diminishes our understanding of why we act the way we do (Bahr & Bahr, 2001).

In this article we’ll talk about:

The bad press of self-sacrifice

Personal sacrifice, or self-sacrifice, is neither at its best in the scientific field, where rational choice theories continue to set the tone to some extent, nor in the more popular field, where “wanting to have it all” prevails.

Sacrifice is precisely the opposite of “wanting to have it all”. It’s giving up a personal interest or benefit in favour of another or a group interest. 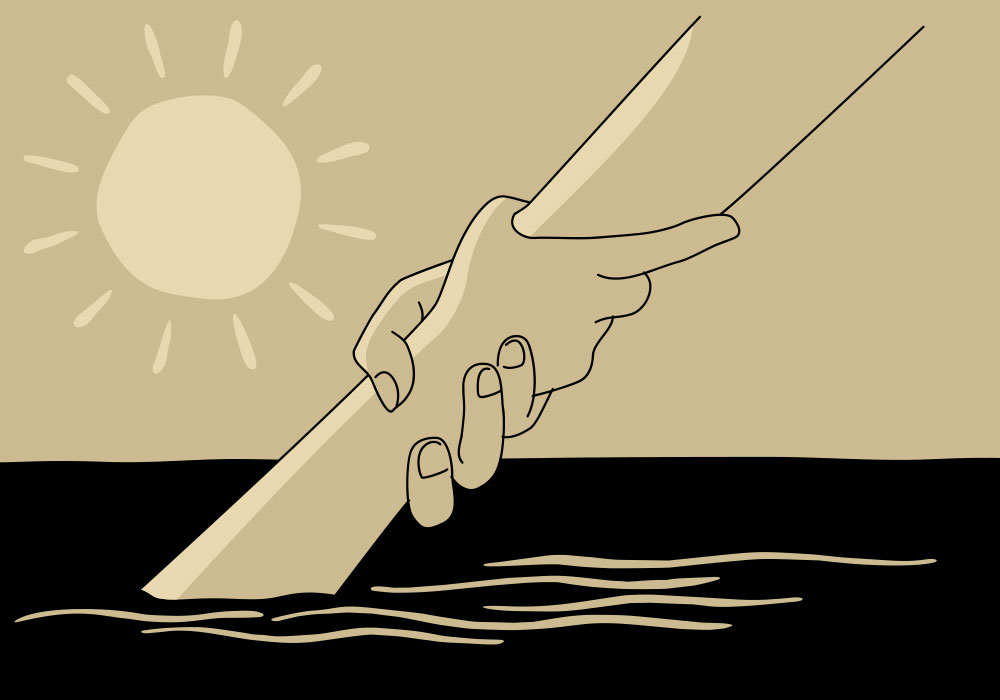 It’s giving up something I wanted to do for the greater good or the good of others. A simple example: giving up your telework day to a colleague who needs it more than you do, even if you had already organised your schedule around that non-office day. I sacrifice myself for him, for her.

“To sacrifice is to give up a personal interest or benefit in favour of another or a group interest”.

Sacrifice can have many levels, and that example would be, although full-blown sacrifice, of a low level. We find in human history many examples of total sacrifice. For example, the Polish doctor and educator Janusz Korczak who, even though he had the option of escaping death, decided to accompany the children from the orphanage he ran to the Treblinka concentration camp so that they would not feel alone. That’s big words.

Susan Mizruchi, professor of English literature at Boston University, suggests in her book The Science of Sacrifice that the “bad press” that sacrifices enjoy today from some standpoints in our culture can be explained (among other reasons):

That is to say, sacrifice for others may not be understood as something gratuitous or selfless; moreover, it may be perceived as something tinged with religious piousness. And in neither case does it come out well.

The ripple effect of leader self-sacrifice in organisations

However, sacrifice is clearly not that, but giving up self-interest by seeing the other’s needs as more pressing than one’s own without calculating the “cost” too much or at all.

Anthropologist Mierlin Myers , in fact, defined love as “one’s willingness to sacrifice for another”, presenting self-sacrifice as the moral quality of a relationship. Morality is comprehensive, as it explains whether we treat people, be it in our family or in our organisation, as “means” or “ends”.

In organisations, leaders who sacrifice for others (self-sacrificial leadership), i.e. who contribute to the organisation by going beyond their own self-interest to benefit the team or organisation, are considered to be more charismatic and effective than other leaders.

In addition, these leaders have a direct impact on the trust, cooperation and performance of team members. (Hoogervorst, De Cremer, van Dijke, & Mayer, 2012).

In a recent study, it was shown that leaders who sacrifice for their team increase team members’ commitment to the organisation, while having an impact on reducing disruptive employee behaviour. (Mostafa & Bottomley, 2020). Thus, their exemplary behaviour is an inspiration to many and a measure of restraint for the individualism of others.

An interesting case study of sacrifice in the workplace is that of nursing, which also serves to reflect on whether we’re able to understand sacrifice in the same way in other professions, and why.

Nursing is a sacrifice which, in addition, takes place in a very specific environment, with important hierarchical influences, with an underestimated culture of care (although reinforced since the emergence of COVID-19) and with significant resource constraints to meet the needs of patients. 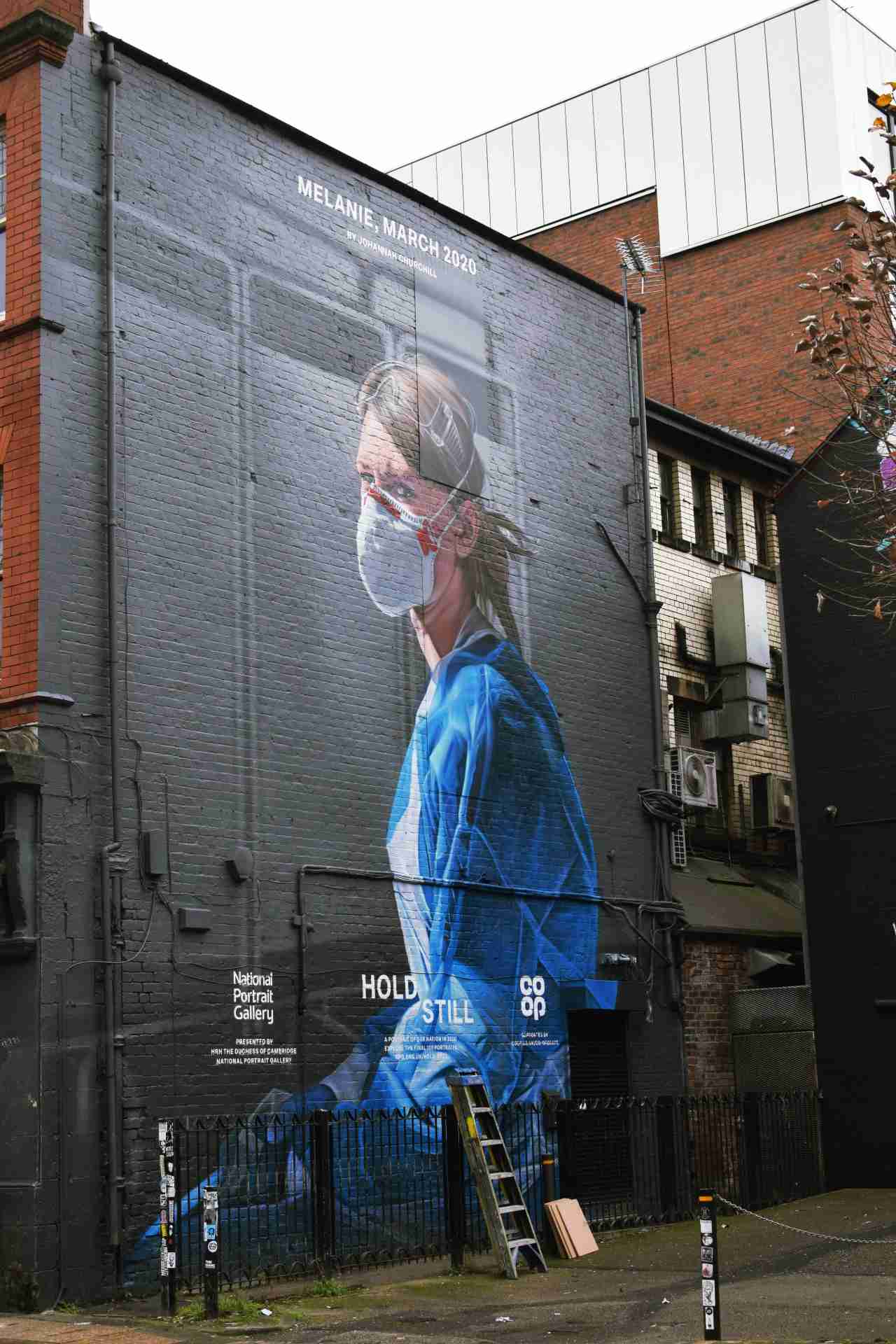 Even so, the personal sacrifice of this collective is very present with important implications for other occupations and everyday situations according to the interesting study of Professor Elisabeth Pask (2005), a thesis in which she details these particularities of the concept of sacrifice in nursing:

* It’s an action guided by the need of others. The philosopher Emmanuel Lévinas would say that it is an action guided by the face of the other. As indicated in Pask’s article, health workers point out that, if they can do something better for the patient, they feel professionally obliged to do so. Their code of ethics, their professional ethos, and the needs of the other, guide their actions. Do we in other contexts always feel professionally obliged to do the best we can?

* Acting without reciprocity. The logic of the nursing collective surpasses rational logic. They act in the best way to achieve the good of the patient without expecting any reciprocity. Nurses don’t expect the patient to return their care. They’re driven by what the sociologist Richard Sennett calls “social craftsmanship“, doing things well for the sake of doing them well.

* Success away from ego. In nursing, attention is paid to what’s of value in itself. Caring for the patient is good for its own sake. It’s in caring for the patient that the task becomes successful, a success away from ego, where they walk towards something that is more important than themselves. In many professions, the logic is the other way around: success is seeked from the path one takes.

* A readiness to respond. It is in front of everyday situations, and precisely thanks to them, that we can act. The situation is the space in which to create, to contribute. Face-to-face as an opportunity. The health worker alone in front of the patient. We alone in front of a colleague, a provider, a mother, a young person sitting next to us in the metro. Everyday life, through the others, always invites us to act. We receive daily invitations. The nursing staff responds by leaving their ego behind and focusing on others. Is this always possible in all organisations?

For an organisational culture that values a culture of care

In response to this kind of reflection, top managers are often heard saying that their companies are not NGOs. This is true. However, seeking profit is not incompatible with allowing, encouraging and stimulating a culture of care, over and above one’s own personal gain.

“Seeking profit is not incompatible with allowing, encouraging and stimulating a culture of care, going beyond one’s own personal benefit”.

Organisations are important social actors, and this implies responsibility. How to use such responsibility? Pask’s own study suggests:

The studies reviewed in this article reveal that work and family sacrifices, which generate a different way of seeing reality (self-sacrificial leadership), can be a new paradigm for 21st century organisations, where the focus is not on oneself, but on others. It is a good way to grow.