Betting on professional diversity benefits both companies and workers. Besides, it’s a way to build more inclusive societies.

Welcome to B.R.O., a seminal corporation where each and every employee is almost the same person. Wherever you look, you’ll see the same thing: White middle-aged men, dressed in dark suits and sharing the same haircut.

This is the premise of Pixar’s animated short film ‘Purl’, which tells the story of a pink ball of wool who is looked down on by her colleagues just for being different. With this work, the animation studio wanted to make a statement against discrimination and in favour of integration and professional diversity.

Purl is not having an easy time being herself and performing her duties properly. Her colleagues give her the cold shoulder for being a woman (that’s what the ball of wool represents), for her against-the-grain approach and for putting forward unique proposals.

Although this short film does not portray all the existing realities of diversity, it gives visibility to the issue of fitting in people’s singularity and uniqueness both in companies and in life as a whole.

Professional diversity is beneficial for all of us

Betting on diversity at the workplace means to promote a staff comprised of people with different features, which include all kinds of factors: gender, age, religious beliefs, ethnic origin, sexual orientation, education… The list could go on forever. 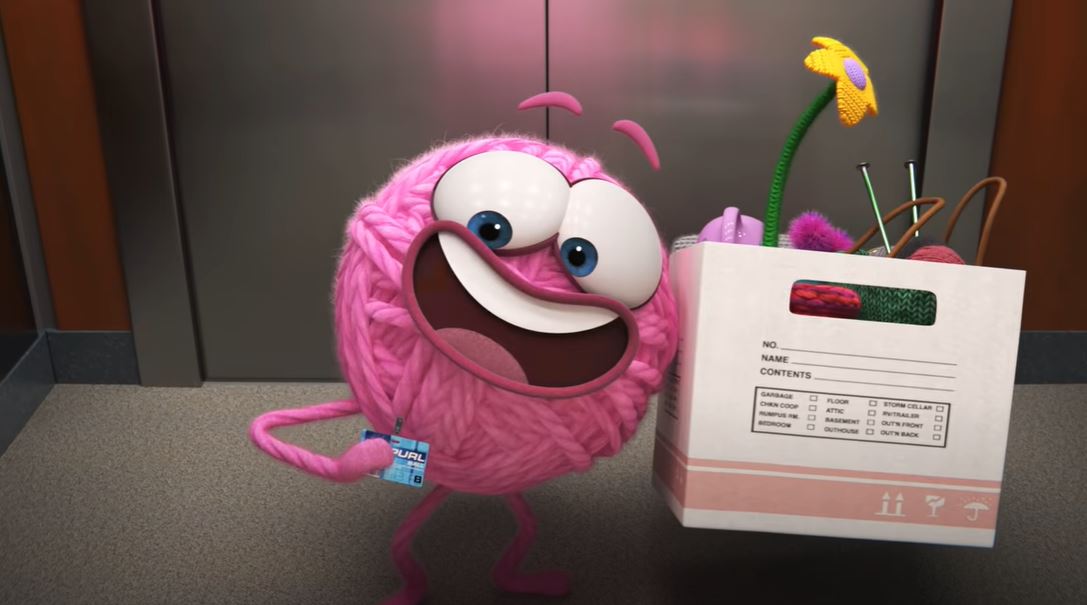 This short film brings up the importance of diversity, both at professional and personal levels. Feeling discriminated generates frustration, has a negative impact on employees’ self-esteem, limits their productivity and deteriorates their job performance.

That’s what we see when, at first, Purl tries to adapt and mimic the behaviour of her co-workers in order to gain acceptance. Only when another ball of wool called Lacey appears, she realizes that the solution is not to be a copy of others; it lies in promoting tolerant, open-minded attitudes which accept everyone’s differences so that everyone can benefit mutually.

In an increasingly globalized and multi-cultural society, the concept of diversity management in companies must go beyond mere rule observance. Professional diversity is not about quotas —it’s about embracing a broader perspective. Effective diversity management can become a competitive advantage and produce significant benefits regarding talent attraction and retention.

It’s been proved that companies with inclusive teams make better commercial decisions 87% of the time, and those decisions provide 60% better results than non-diverse teams. In addition, companies implementing inclusive selection processes have an increased revenue of 19%, almost double the chances for innovation, and they’re more attractive for talented professionals.

Diverse companies may have a better performance because they can comprehend different points of view, profit from different markets, and make better decisions that reflect the society we live in precisely.

It can be clearly seen in the short film, when they’re all in a meeting and the sole proposal before a certain issue is to be aggressive. “The more aggressive, the better”, they repeat again and again. Nobody seems to have an alternative idea except for Purl, but she feels so out of place that she’s unable to put her proposal forward.

Diversity at the workplace shouldn’t be a trend, but a standard. Not only for the competitive advantage it entails, but also because it’s the right thing to seek. Companies have so much influence on our culture, society and the way we interact with each other that saying that supporting diversity and inclusion simply because it’s good for the business doesn’t suffice.

Initiatives such as CEO Action for Diversity and Inclusion, which gathers more than 150 CEOs of some of the largest companies in the world, tackle diversity as a social issue, not just like a business problem.

Organizations within said initiative are taking measures in order to transform their offices into workplaces where everybody feels welcome and comfortable. One of the initiatives they’re currently implementing is to promote forums for discussion where the issue of diversity is debated.

This proposal, which promotes a better understanding of the diverse realities coexisting within a work team, is truly significative, since the corporate world has been traditionally encouraged to separate professional and personal life.

Acknowledging that society is diverse means to realize that there’s no single right path to follow —there are millions of threads to pull in order to untangle the issues we are facing.