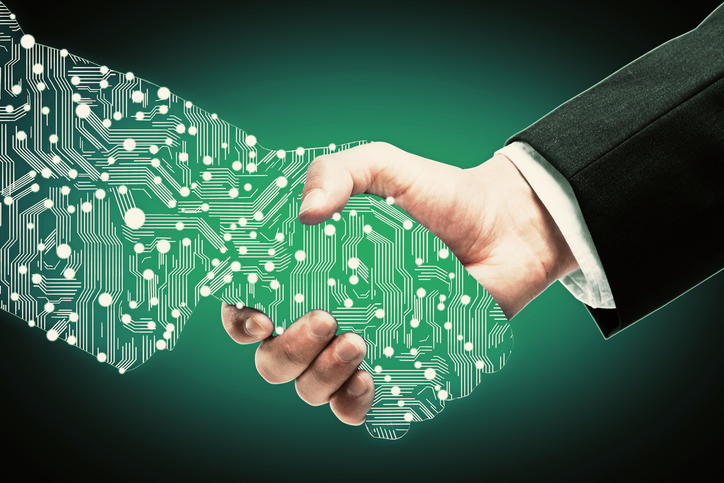 The Three Laws of Robotics, devised by Isaac Asimov 75 years ago, shoewd up the latent humanity’s fear of a dystopian future in which the machines could become aware of themselves and endanger the survival of their creator. Asimov was not the first to anticipate this fear of being displaced by machines, proof of this the evidence left by Charles Chaplin (Modern Times, 1936) and, to some extent, Fritz Lang (Metropolis, 1927).

More or less like those science fiction, these modern times have arrived. We are in an era in which, although robotics do not challenge our lives directly, automation of many processes is taken as an ominous threat to millions of jobs.

It is right, therefore, to wonder whether we should take as a partner or an enemy the cold stainless steel mechanical arm that aims to avert the hand of flesh and blood of the worker. Is there a reason to resist the robotics work? Or on the contrary it is a positive fact that will rise the security and welfare of the employee?

There is no reason to fear…

As the expert in robotics Luis Moreno, professor at the Carlos III University of Madrid, explained in a report by BBVA Innovation Center, robots will not replace people in their daily work. “The most robotic countries are the richest and the ones with more employment. Japan, Korea, USA and Germany do not use robots to replace people, there is no interest in doing that. A robot is expensive, very expensive, and is used to improve product quality. Car industry did not automate to replace people, because the robot was likely more expensive, what happens it is that the robot makes the welds with high precision.”

… Or a future with more rivals than allies?

However, according to a study published last year in Germany by ING, which was elaborated with collaboration of about two thousand technology experts, scientists and academic, some sectors indeed have reason to fear for their future careers. This report states that in the upcoming decades the use of machines and computer software will be gradually replacing labor until “in 20 years robots will have replaced 18 million people only in Germany” the 59% of the current workforce in this country.

An industry that will have much to say in this process will be the automobile, that’s why the opinion of Carlos Ghosn, CEO of Nissan-Renault, is encouraging for those who fear being displaced by automation:

Anyways, what seems sure is that man and machine will have to learn to coexist to build a productive symbiosis to achieve success in the XXII century.