Films showing diversity open a window to a world we might otherwise never discover. We discuss some of them…

Cinema is a powerful tool for society and organisational culture because of its ability to generate constructs in the collective imagination. Films that show diversity open a window to a world that we might otherwise never discover.

We’ve compiled some movies that, in a way, show us the importance of respecting the other and how cultures that work for inclusion and diversity are a huge opportunity for growth for all.

Which films will we talk about in this article?

The question of gender in films

On the Basis of Sex  (2018) is the story of US Supreme Court Justice Ruth Bader Ginsburg, only the second woman in history to sit on the high court. Ginsburg, along with her husband attorney Martin Ginsburg, changed the course of history with a unique gender discrimination case that paved the way for equality in the courts.

The film depicts the lawyer’s formative years as a law student, teacher and lawyer. From the beginning we’re introduced to the work-life balance issues that the protagonist experiences. She has to take care of a sick husband, her young daughter and her professional career while dealing with gender inequality in the workplace, which is present throughout the story.

The film focuses on the case that launched her career, when gender discrimination adversely affected a man. In Weinberger v. Wiesenfeld (1975), Ruth represented a widowed man claiming a pension to care for his children. According to the laws of the time, the role of caregiver fell to women, so a man was not entitled to receive such support. The lawyer succeeded in proving that this differentiation was discriminatory.

In a world where equality between men and women is still something to work for, the role that some women have played in society in changing the course of history is decisive. 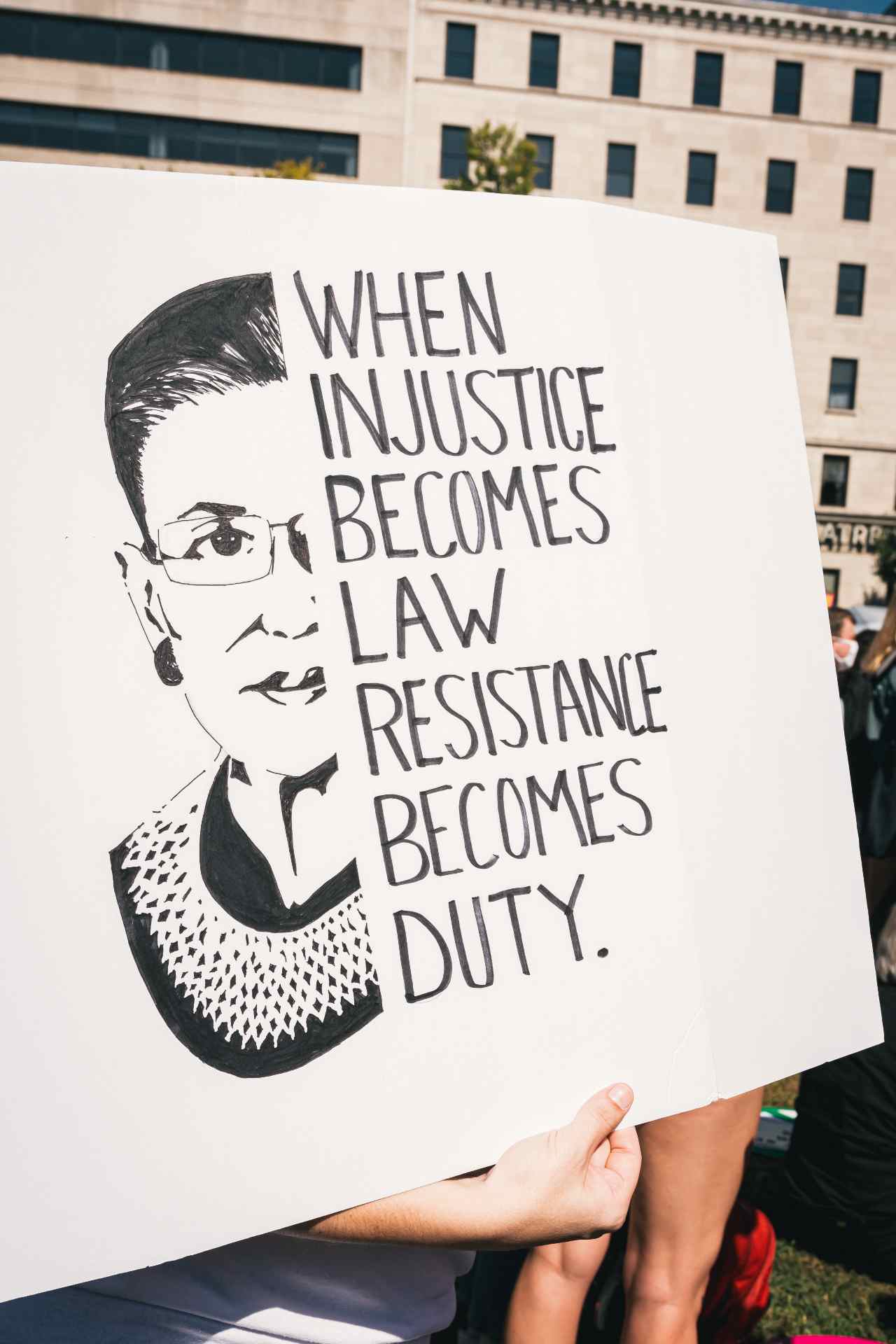 Green book’ is based on a true story about the unexpected friendship between a club bouncer and a refined pianist. The distance between the two worlds is magnified because the latter is African-American and the former demonstrates his racism before applying for a job as the pianist’s driver.

Viggo Mortensen, who co-stars in the film, said in an interview about the film for El Mundo: “Every person has the possibility to overcome their own ignorance and that of their community through the direct experience of sharing things with people who seem different. In the long run, experience always wins over ignorance. But you have to open up a little bit; you have to make a minimum effort to learn, understand and connect with others”.

Diversity helps us to tackle problems such as racism, prejudice and intolerance. And workplaces are an ideal place to do this, as they bring very different people together to interact with each other.

“Diversity helps us to tackle problems such as racism, prejudice and intolerance”.

Green Book’ shows us the more normalised face of racism in the 1960s in the United States. No one questioned why blacks had to stay in different hotels, why they couldn’t use the same bathroom as whites or why they couldn’t go to certain restaurants. What happens when racism becomes normalised? People adopt it as a way of life, as part of their values and culture.

The importance of intersectionality in ‘Hidden Figures’

Hidden Figures (2016) tells the incredible story of three African-American women who played a pivotal role in the space race. But it also tells us about how the US space programme in the 1960s was dominated by a highly competitive science controlled by white men. In other words, a tale of the racial and gender discrimination that these characters suffered.

It is important to talk about intersectionality when dealing with inequalities in professional environments. A white woman is not in the same situation as a black woman. Not to mention a black woman who is a lesbian and has some kind of disability. 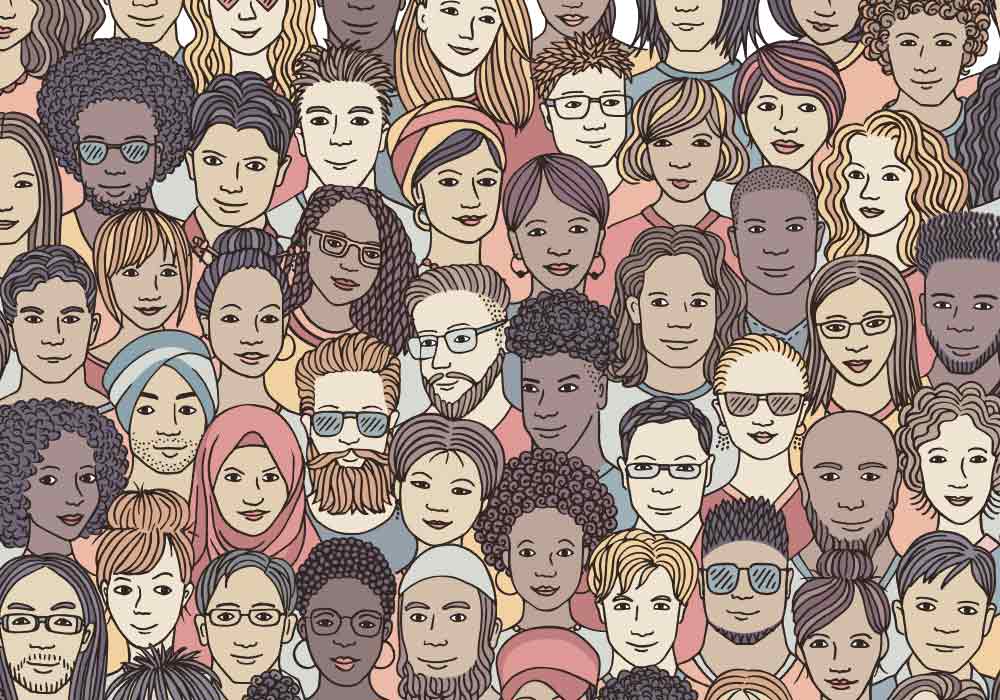 People’s identities are shaped by multiple factors. In this sense, intersectionality has begun to take centre stage in the discourse of inclusion as organisations have come to realise that they cannot classify their employees into static boxes defined by a single label.

A film about age as a factor of diversity

The Intern’ (2015) highlights senior talent and intergenerational relationships. This comedy, starring Anne Hathaway and Robert De Niro, tells us how a Brooklyn retiree ends up working as an intern at a fashion start-up. Robert De Niro’s character has to face a too fast-paced present he doesn’t understand, in which seniors have no place.

Beyond the comic situations presented in the film, the film highlights one of the most worrying situations in today’s labour market: age discrimination.

In Europe, only 58% of people aged 55-65 are in work. And according to recent data, 47% of Europeans perceive age as a competitive disadvantage compared to other candidates with a similar profile.

Ageism is an inexhaustible source of discrimination which, unlike other prejudices, will sooner or later affect us all if we do not remedy it. The labour market perceives employees over 55 as stagnant, inflexible and expensive. However, studies show that age provides valuable skills that are acquired over time, such as anticipation, wisdom or efficiency in dealing with adverse situations.

“Age provides valuable skills that are acquired over time, such as anticipation, wisdom or efficiency.”

Forrest Gump, a lesson in neurodiversity

As Mrs. Gump herself, played by Sally Field, said in the film, “I am convinced that my son will go as far as society will let him go”. Forrest Gump is a person who suffers from an intellectual disability and despite this, the main character is not limited to achieve great goals in his story… Forrest Gump manages to become an army hero, an excellent ping pong player and even a football star.

In this sense, neurodiversity explains the idea that there is no “right” way to think, learn and behave. People interact with reality in many different ways without this being a deficiency or a problem.

Because neurodiverse people are wired differently from “neurotypical” people, they can bring new approaches to tackling problems or proposing solutions.

Stigma and an information deficit can cause difficulties for people with neurodivergence in matters of inclusion. It’s important to promote an environment conducive to neurodiversity, and to recognise and highlight each person’s individual strengths and talents while offering support for their differences and needs.

The same is true of the wide range of factors that make up the diversity of the films we’ve seen in this article. Factors present in society and, of course, in organisations. Fostering real inclusion is one of the great challenges of today’s organisational cultures. Let’s work towards it.