Loneliness is a 21st century scourge. Tackling it, be it through the Ministry of Loneliness or through the involvement of companies, is more necessary than ever.

In the age of hyperconnectivity, paradoxically, feelings of loneliness are growing. According to a recent report, 11% of participants suffer from severe loneliness. This percentage has doubled since the outbreak of the pandemic. We often think that loneliness only affects older people, and that it means being alone. The evidence tells us that neither is necessarily true.

What will I read in this article?

Being surrounded by people, but feeling lonely

The same report published by the José María Martín Patino Chair of Encounter Culture at the Comillas Pontifical University reveals that it is precisely young people who have felt more lonely. While 18% of participants aged between 30 and 60 and 14.7% of those over 60 report feeling lonely, in the case of those under 30 the percentage rises to 31%.

Secondly, loneliness can occur, counter-intuitively, when surrounded by people. Some evidence, such as Georg Simmel’s classic work, The Metropolis and Mental Life, suggests that there’s more chance of feeling lonely in a city like New York than in a town of 300 inhabitants. The anonymity, the rush, leads to urban indifference, and urban indifference leads to loneliness.

Loneliness, which is not yet clear whether it is a feeling, a sensory process, or a mental representation, is at least a manifestation that some form of our life is unsatisfying (Wright & Silard, 2021).

There’s dissatisfaction in the way we relate to each other. Therefore, it doesn’t necessarily imply a lack of relationships, but rather that these relationships can make us feel lonely. In this sense, the actor Robin Williams said: “I thought the worst thing in life was to end up alone. It wasn’t. The worst thing in life is to end up with people who make you feel lonely”. 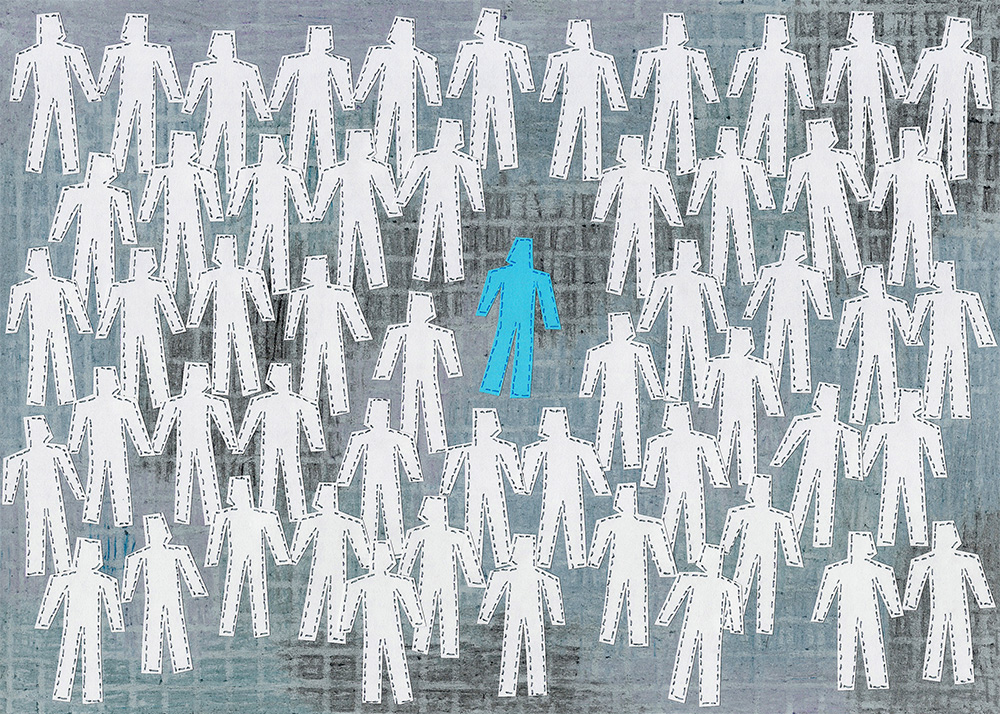 “It’s more likely to be lonely in a city like New York than in a town of 300 people”.

The Ministry of Loneliness

In the face of sadly growing data, however, loneliness remains stigmatised, trivialised and ignored. Two governments, nevertheless, have been willing to put a thread to the needle on this issue: Theresa May’s British government in 2018, creating the first Ministry of Loneliness, and more recently Japan, which followed their footsteps and created it in February 2021.

According to the UK government, 9 million Britons may be suffering from high levels of loneliness, and 200,000 people may go a month without talking to anyone. These two facts prompted the UK government to take action. The cost of loneliness can be estimated in £2.5 billion a year in the form of employee turnover, lack of productivity, illness, care needs and other consequences, costing almost £10,000 per person per year.

In the case of Japan, the main reason for the creation of a Ministry of Loneliness has been the increase in suicides. According to Minister Tesushi Sakamoto, loneliness is the new scourge of the 21st century, claiming that social ties have weakened in Japan and are now more lethal than COVID- 19 .

In both cases, both governments are clear that for a healthy society, it’s vital for its citizens to have quality relationships. Therefore, the focus of their policy is to increase relational quality. And here, work is of central importance. Work can help workers address loneliness and build social connections.

“For a healthy society, it is vital for its citizens to have quality relationships”

It’s true that having a job reduces the risk of loneliness, but according to the UK government report, it is not a sufficient guarantee, as there’s a three-way relationship between work and loneliness:

Following some of the suggestions of the Employers and Loneliness report, and summarising its contribution, we could highlight three main areas with concrete measures

3. In the dynamics of the work itself

If loneliness is one of the great scourges of the 21st century, all social actors must do their part. Shall we join in?